Catinaccio, the Kingdom of King Laurino

It is the point of departure for walks, iron steps and climbs. All round there are breath-taking panoramas.

The heart of Dolomites is in the group of Catinaccio

During the summer, Catinaccio proposes its visitors some walks which are ideal for everybody: there are routes for families with children, for example the nice guided path in order to discover the secrets of the wood from Ciampedie Refuge to Gardeccia Refuge, then the most demanding ones, for example from Gardeccia Refuge to Antermoia Refuge and the homonymous lake among different and great sceneries, which are famous in the world. The cutting edge of Catinaggio are Vajolet’s Towers: three stately towers of Dolomitic rocks, which are silhouetted against the sky and which can almost touch it like the fingers of the mountain.  For the lovers of the thrill, the iron steps and the rock faces do not miss (Catinaccio, Santner, Majaré and Roda di Vael) . There are also the classical paths, which link the refuges and which permit to explore the whole group of Catinaccio (for example Fronza Refuge). 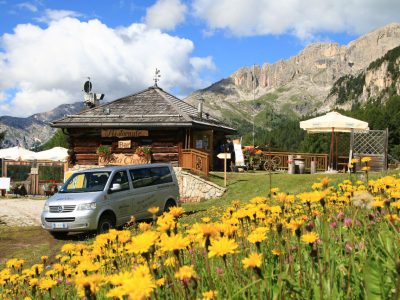 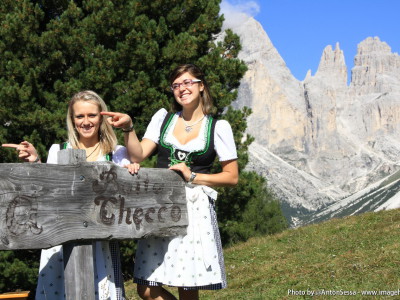 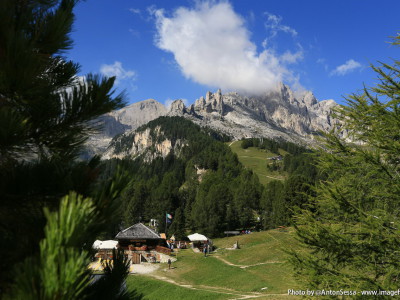 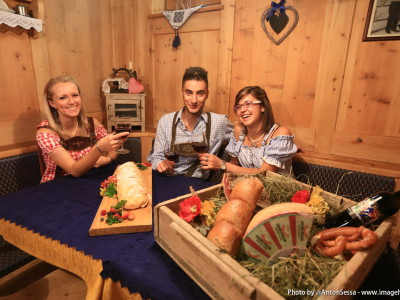 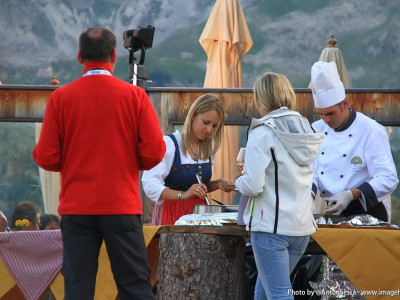 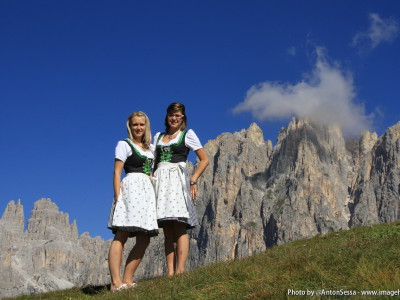 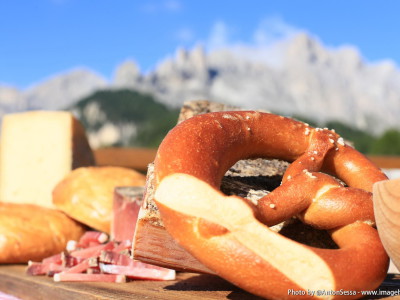 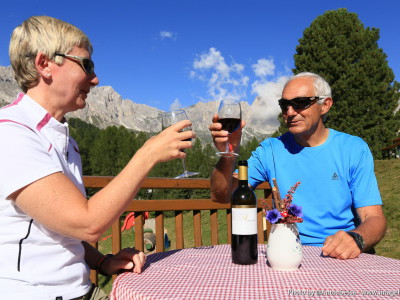 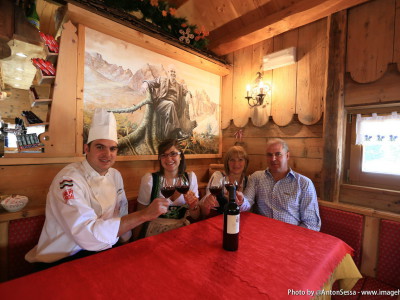 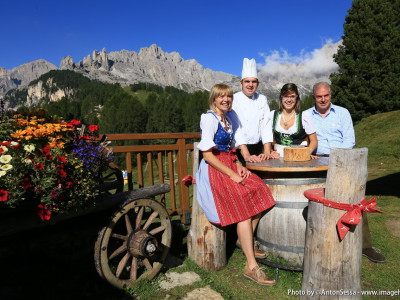 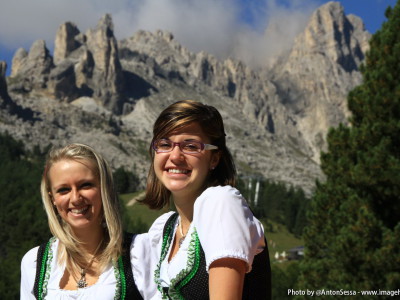 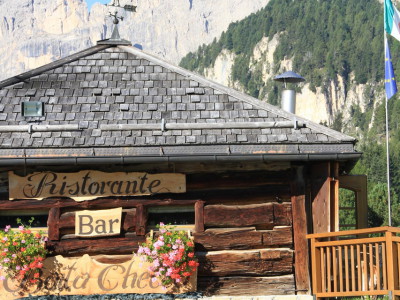 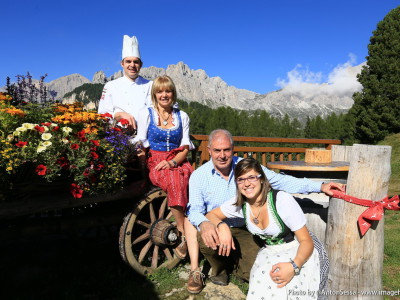 A very nice chalet surrounded by amazing mountains ! The food is really good and after the first dish you would like to taste all the other in the menu. The service is very fast and kindness has home here ! Special treatment for kids also. Try it !
- Riccardo, Trip Advisor

After discovering this place, we used to "come back for more" each day. Enough said. Besides delicious food, snacks and good "vino di casa", the service is great and specially atmosphere - nicely and warmly decorated "baita" with a really great view.
- Ivy_zg, Trip Advisor

Lunch at a great place

We had booked table for lunch at this fantastic restaurant, food was great, beautiful view and great service👍
- Faraway09, Trip Advisor

The gem in the mountains

Skiing with the big group of friends, we have discovered this restaurant on Ciampedia, slightly down from the upper cabin station. In the winter season, always there were crowds of people waiting for the table and for the fantastic local dishes. The part of the tables is located under the tent, where is sometimes rather noisy and not comfortable, but unforgettably food compensates all the inconveniences.
- Laserkid, Trip Advisor

This error message is only visible to WordPress admins